Jetscout now has a page on steam!

You can now try out the free demo during the Steam Game Festival: Autumn Edition and add the game to your wishlist!

Also check out the first look trailer with some 1080p gameplay:

Watch out for these vines that quickly grow toward you as you fly over them! 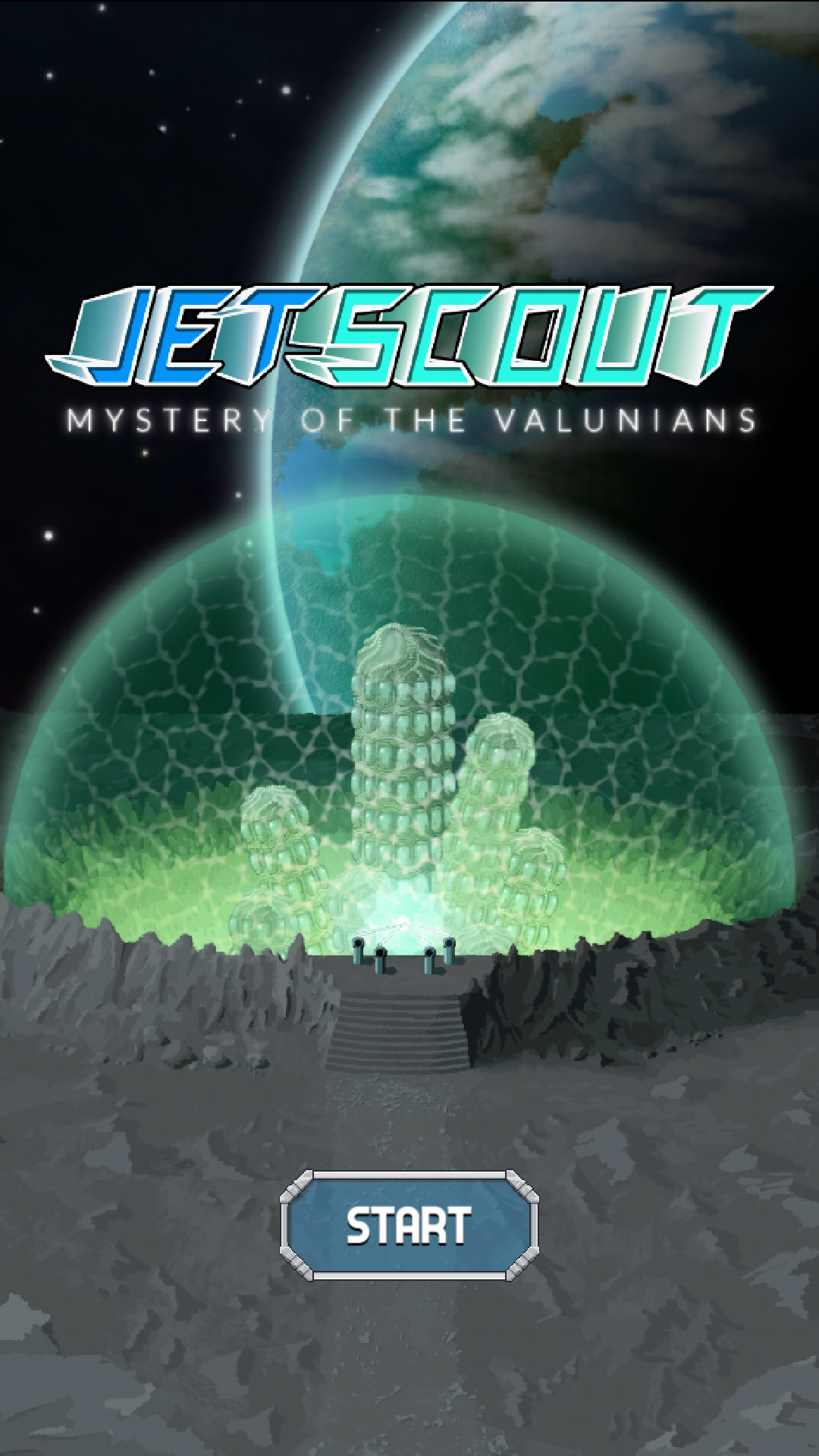 After working on a handful of smaller projects the past few years, I’m very happy to announce my newest game in development: Jetscout: Mystery of the Valunians

Jetscout: Mystery of the Valunians is a jetpack-based platformer by Dustin Auxier where you maneuver your way through alien worlds to solve the strange mystery behind the Valunians and their friends who are trapped an enormous containment facility. Play as Muun, a Jetscout initiate as you dash, flip, and burn your way through hostile environments to fight a mind-bending cosmic evil! 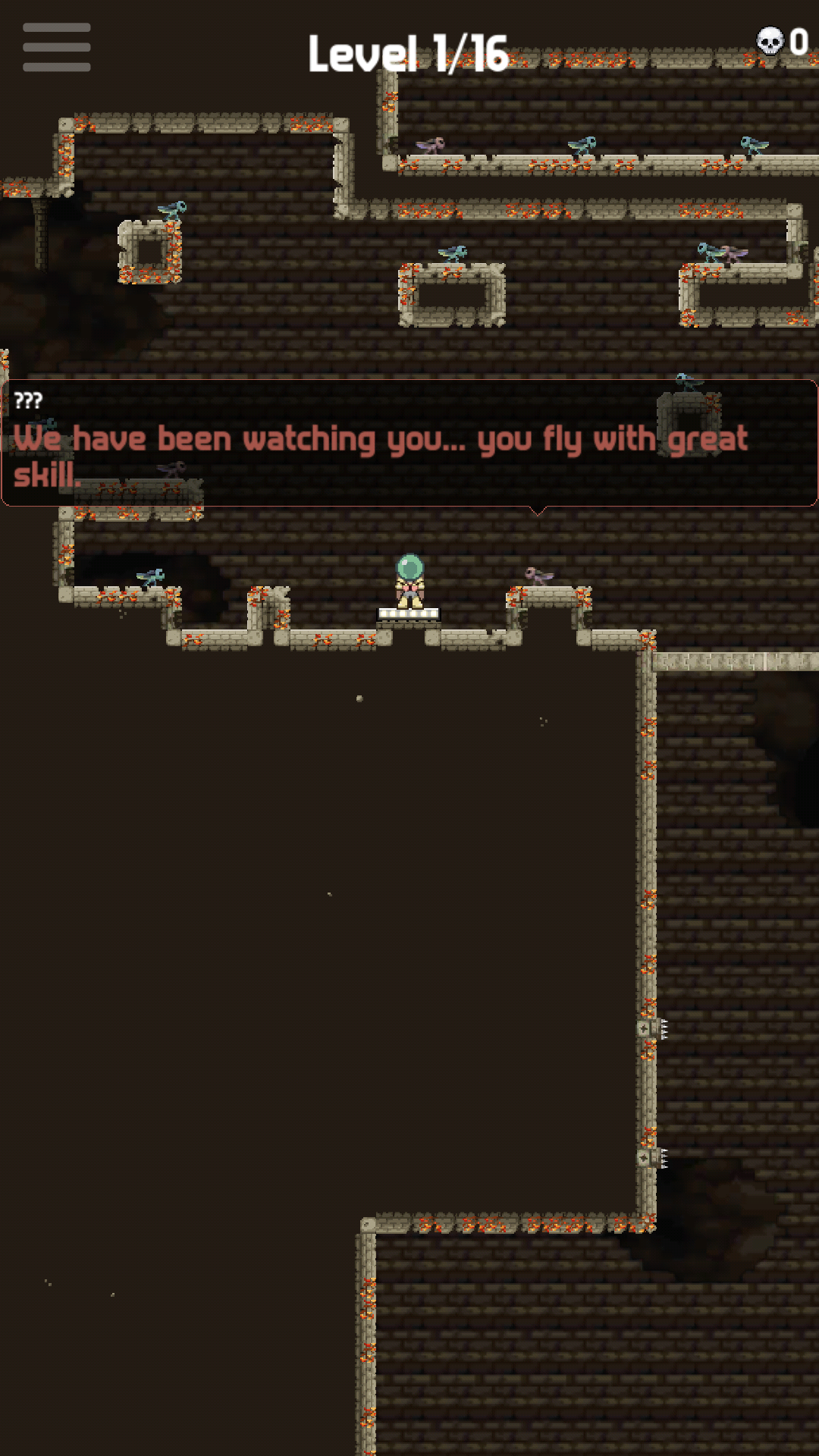 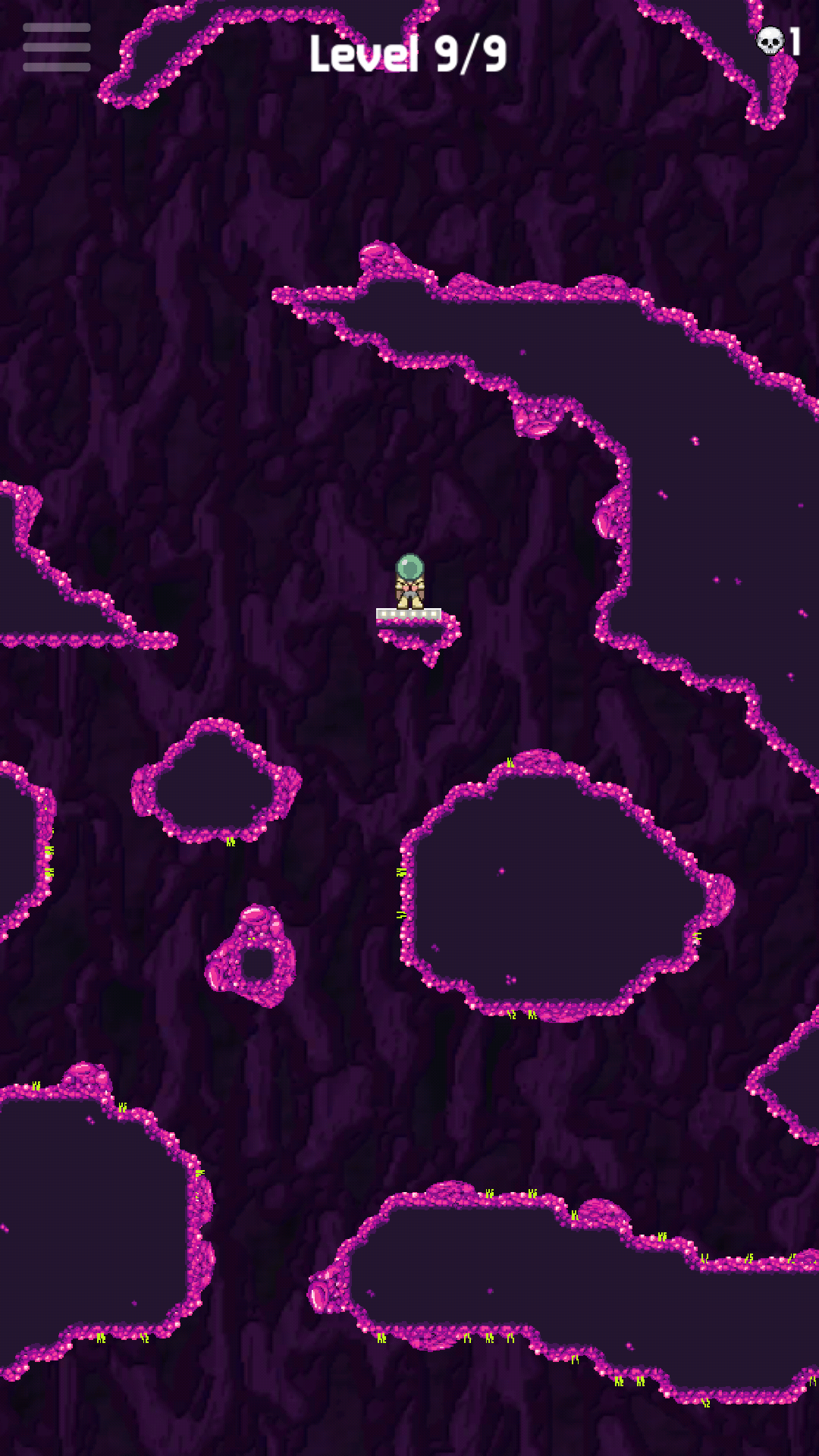 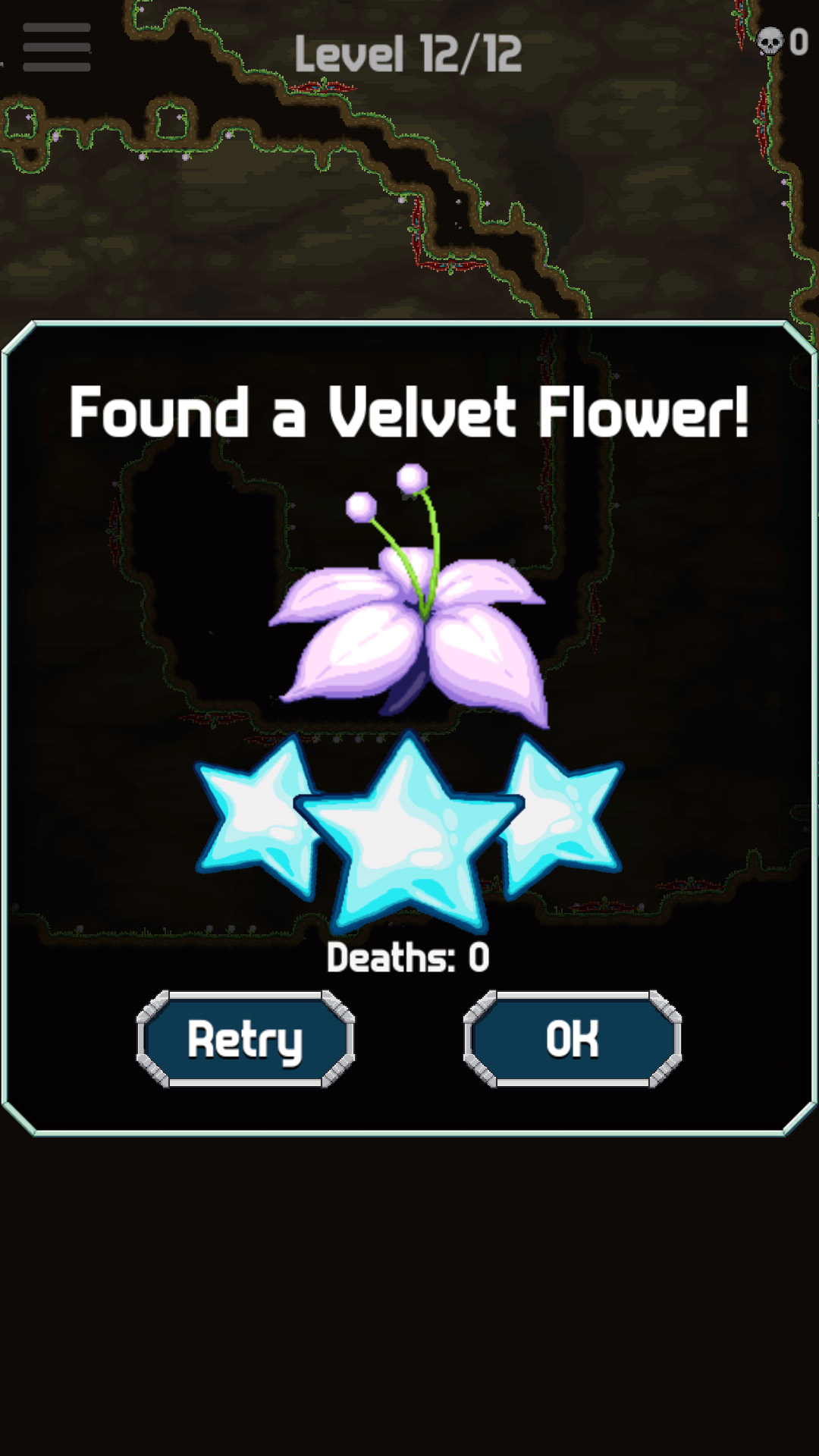 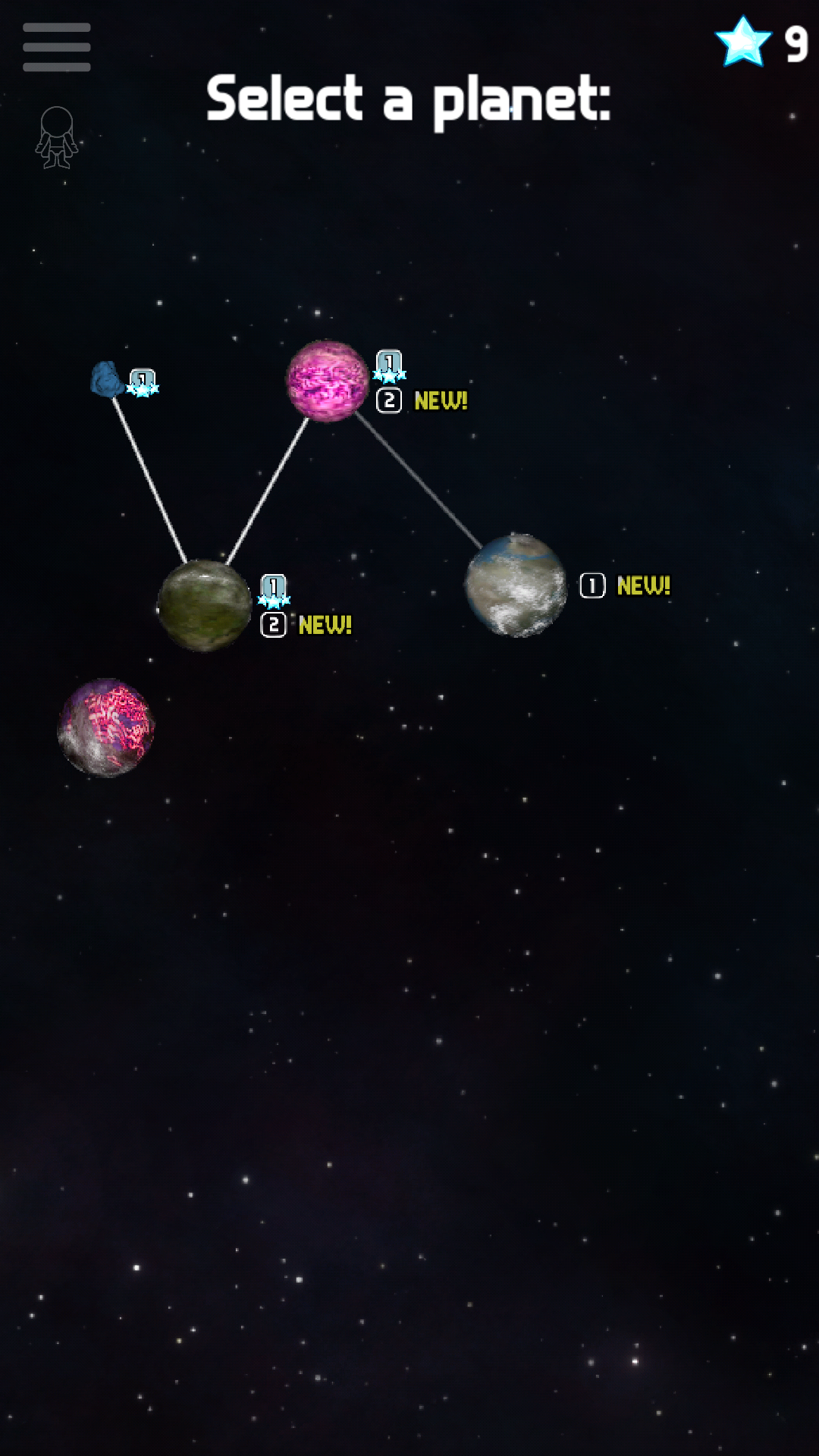 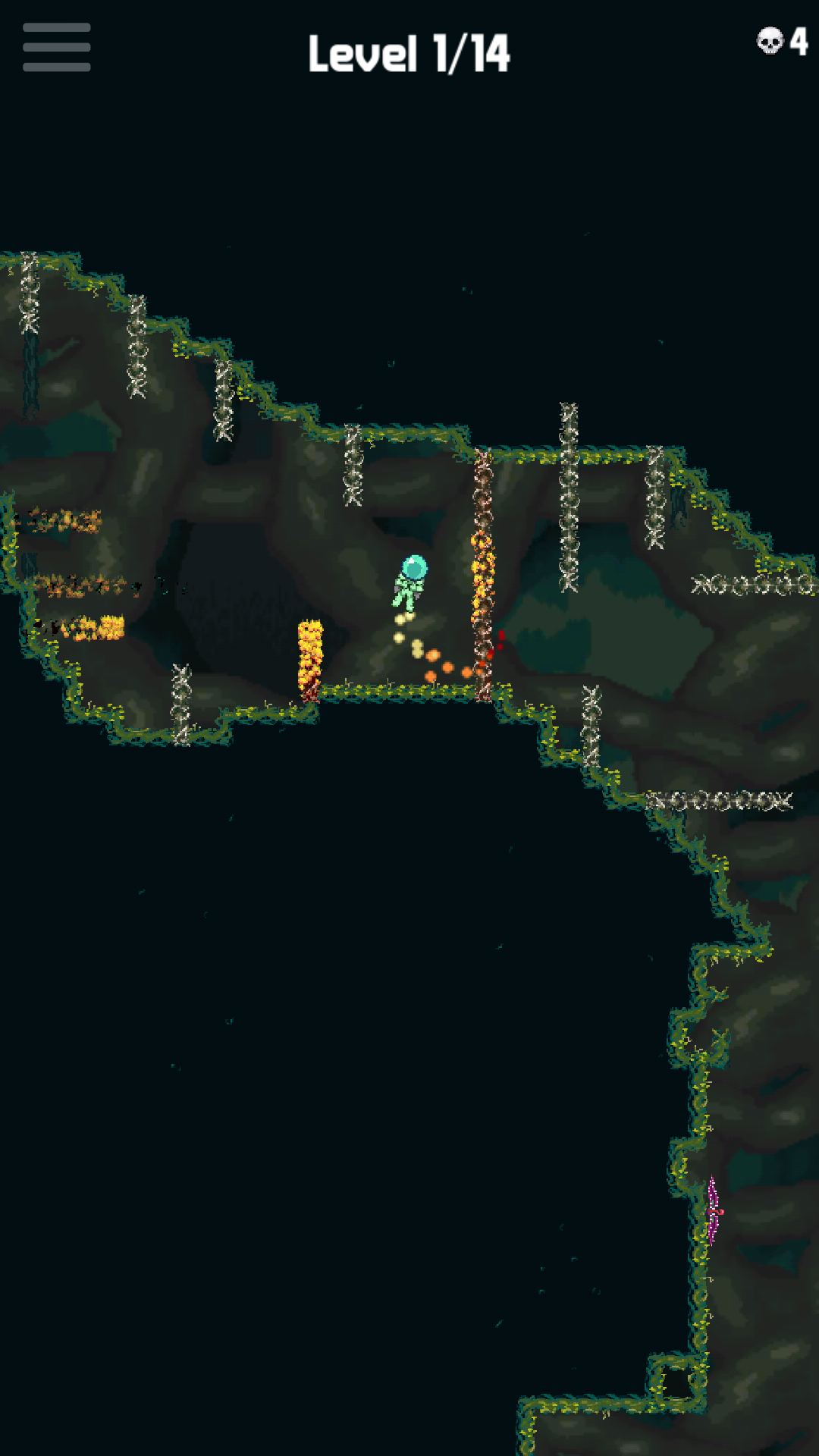 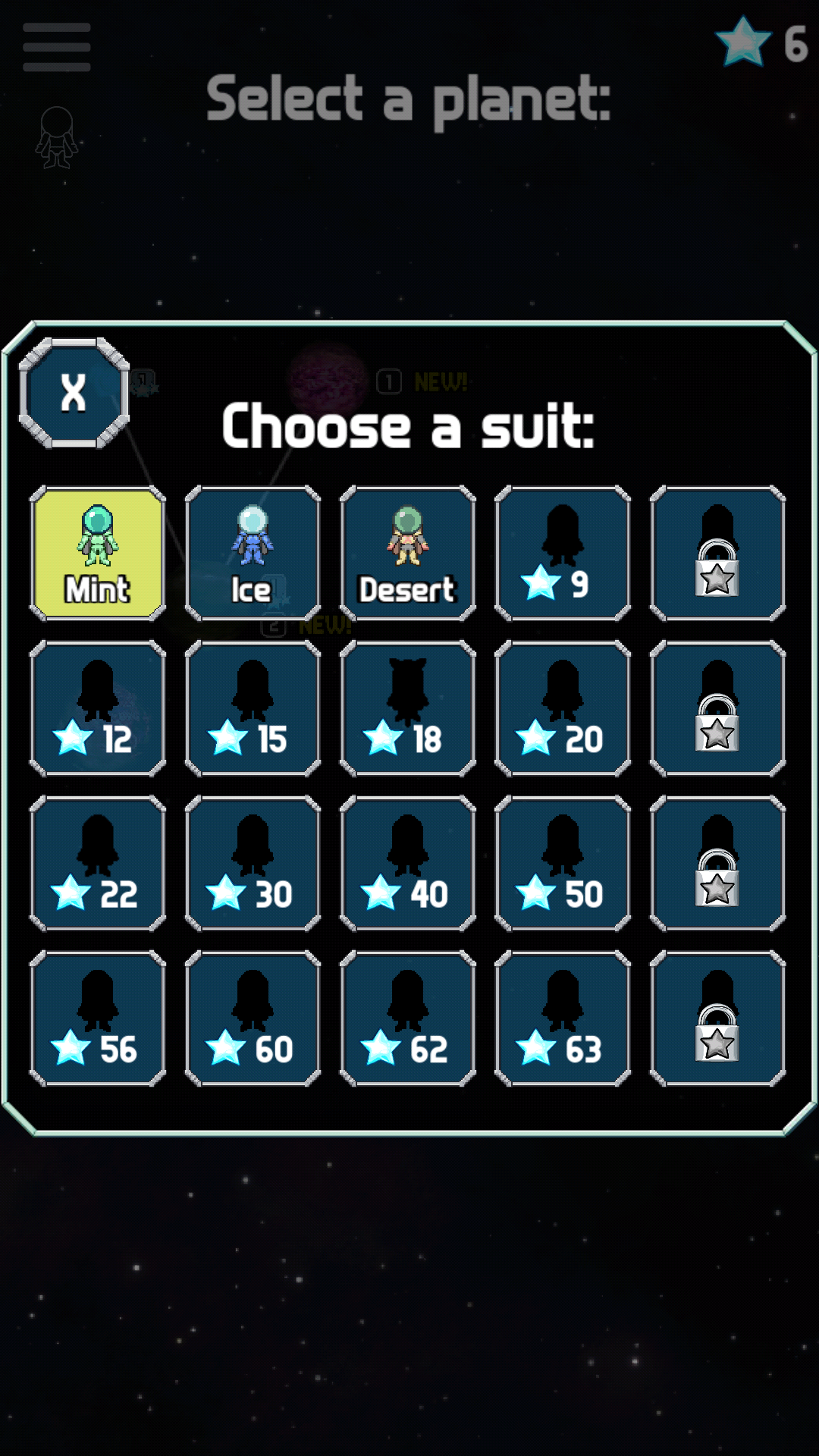 Each mission in the game features a series of checkpoint landings spread through dangerous caverns or other alien structures. The gameplay is a more forgiving version of the”Lunar Lander” type of movement – you avoid all walls and hazards but can land sideways on platforms, and “easy” or “normal” difficulty modes provide you with a nifty shield that will absorb damage once and regenerate upon landing at the next checkpoint. However even at low difficulty levels the many dangerous hazards, narrow tunnels, or high gravity planets provide plenty of challenges!

On mobile the game makes great use of your device’s accelerometer to turn by tilting your device, while a tap of the screen anywhere is your jetpack thrust. On Desktop the game can be enjoyed with keyboard controls but is best enjoyed with a controller!

Jetscout: Mystery of the Valunians will be available on PC, iOS, and Android in the summer of 2020. Stay tuned here, on my facebook page, or on my twitter for future updates where I’ll share new enemies or levels as they are created!

The Enchanted Cave 2 on Steam now has a Chinese translation available, thanks to a partnership with China publisher Leiting Games!

I was contacted by them earlier this year and we put together a publishing deal shortly after the Mega Update.

The development work consisted of compiling all of the text that appears in-game together in a spreadsheet to be translated, and then replacing all english text in the game (including some images) with the Chinese text. I hadn’t planned for future localizations in the original development so most of the text was pretty hard-coded into the game, which took some work to pick apart and rewrite in a more multi-lingual friendly setup by replacing instances of text with variables holding the translated text, but the end result is elegant and the language the game is compiled in can now be changed with a single flag. I’d never thought about it until compiling all the text for the localization, but it turns out the game has around 1600 different pieces of text that needed translated! Probably around half of that is item names and descriptions.

To promote the release of the Chinese localization, Leiting Games generously paid to have me fly out to Guangzhou, China to attend the G-Fusion Tour 2018 Game Festival held by Gamecores. It was like a smaller version of PAX basically, but still very cool to walk around and see and play some other upcoming games.

This was just for the PC version since there’s currently a delay with the release of any Chinese mobile game because of the Chinese government now requiring licenses for all mobile games in China, but we hope that will work out sometime early 2019. That should reach even more players considering that the mobile gaming market in China is much larger than their PC market.

Overall it was a wonderful experience and the PC launch went pretty well! There was an early hangup with save data sometimes not cooperating well if Chinese characters are a part of the filepath, but I was able to fix that shortly after arriving back in the US and now thousands of players in China are currently able to enjoy the game in their native language.